Could eating insects be the solution to the food crisis? 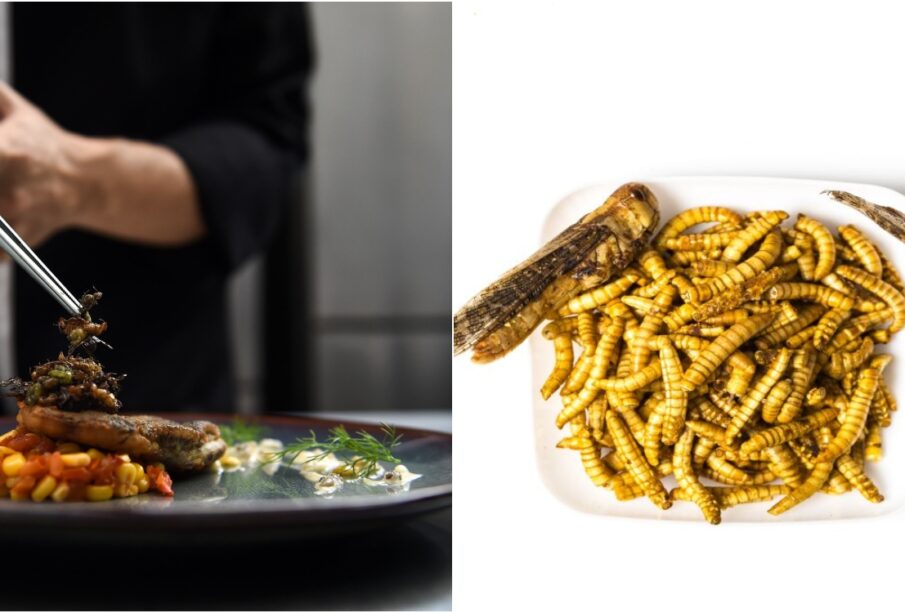 The world is facing two major threats such as climate change and the food crisis! These two great dangers are so serious that they can greatly change human life or even destroy it. Of course, there are many things that cause these threats. On the other hand, studies and studies aimed at eliminating these dangers have been going on for many years. One of the most remarkable studies is devoted to the consumption of insects! Some scientists believe that insect consumption is one important way to deal with both climate change and the food crisis. In this direction, the consumption of insects, which occupies an important place in Eastern culture, is also encouraged in the Western world! However, the consumption of insects for food is closely related to many variables in terms of cultural, economic, environmental, sociological, ethical and religious aspects. But can eating insects really help both feed the human population and solve the climate and food crises? Let’s take a look at the news from Çağly Yuren from The Independent together.

Humans eat an average of 140,000 insect parts every year without even knowing it!

In particular, parts of insects such as cockroaches and mealworms are mixed with foods such as chocolate, coffee and flour. Because it is very difficult to completely eliminate insects from food production processes. For this reason, food regulatory agencies in many countries allow a certain amount of insects to be included in food. But the idea of ​​directly eating insects is a matter of considerable controversy in the Western world…

Recently, the United Nations (UN) has been promoting the consumption of insects.

The Food and Agriculture Organization of the United Nations (FAO) published a report in 2013. The idea of ​​eating and reproducing insects is discussed in detail in the report Edible Insects: Future Perspectives on Food and Nutritional Security. Moreover, the report encourages the use of insects as a commodity…

According to the UN, by 2050 the world population will be 9 billion people. This will exacerbate food insecurity by causing environmental problems.

Therefore, the organization proposes to create insect farms to “increase food, end hunger, stimulate the economy and reduce greenhouse gas emissions” in the face of a growing population. On the other hand, healthier insect consumption, less environmental impact and low investment costs are also benefits of insecticide farms.

Although insect farms exist in various parts of the world, raising insects for direct consumption is not common.

Farms that raise bees and silkworms have a long history. Because these species produce valuable products such as honey and silk. In addition, there are also insect farms to supply the medical and cosmetic industries with insects. Insect production is also made for farm animals, zoos or pet stores. However, insect farms for direct human consumption are extremely rare. However, in some areas of the Far East where insect consumption is relatively common, there are farms raising insects for human consumption.

Today it is not very popular, but in the past the consumption of insects was quite common in the Western world.

With the transition from a hunter-gatherer society to an agrarian society, insects began to be seen as pests that harmed crops, rather than a source of food.

In addition to this important cultural change, the influence of Europeans from the Mesopotamian culture also led to the rejection of eating insects. Because food prepared by human hands was valuable in Mesopotamian culture. Living things found in nature on their own and considered wild were only eaten in emergencies such as famine. Another factor in the Western world’s rejection of insect consumption was geography. Because only 2 percent of the consumed insects live in Europe. In addition, these species do not grow as fast as their counterparts in tropical climates. All of these factors have resulted in insect consumption in the Western world remaining a nostalgia for the era of hunter-gatherers.

Especially in the countries of the Far East, the consumption of insects is an important part of the daily diet of people, and there are many recipes for preparing food from insects.

It is estimated that between 1,000 and 2,000 different types of insects are eaten by people around the world today. Butterfly, moth, ant, bee, wasp, grasshopper, cricket, termite, dragonfly and cicada are some of them. Countries where insect consumption is common include Thailand, Australia, South Africa, China, India, Indonesia, Peru, Philippines, Ghana, Japan, and Mexico.

Recently, the consumption of insects has been encouraged in Western countries.

Under the leadership of the UN, insects are seen as an important source of respite from the food and climate crisis and to feed a growing human population. Various regulatory bodies in Europe and the US are publishing reports that insect consumption is harmless or even beneficial to health. This leads to an increase in the production of insects for human consumption in both the US and Europe. In some countries, its goal is to promote insect consumption through government-sponsored projects.

In the West, insects are made “unrecognizable” and given to people.

This is because many Westerners “learn” from insects. For this reason, Western companies producing insects for human consumption encase the insects entirely in flour or similar forms and offer them for sale.

According to the UN, 828 million people went hungry in 2021! This is 46 million more than the previous year and 150 million more than in 2019! In other words, the UN is moving away from its goal of ending hunger and food insecurity. Spreading insect consumption could be an important step in the fight against hunger. On the other hand, many scientists argue that due to the increase in the world’s population, it will be difficult for mankind to meet their protein needs. Very high protein insects can be an effective alternative in this area as well. But there are also scientists who argue that insect consumption is not an innovative and workable solution…

Another important reason for encouraging insect consumption is the climate crisis.

Is it good to eat insects?

Scientific studies show that insects are healthier than many traditional foods. But there are those who fear that insects can cause allergic reactions. In addition, there are also opinions that insects, especially in cities, can transmit various diseases to people. However, some experts argue that this situation can be easily overcome with food preparation and food safety practices.