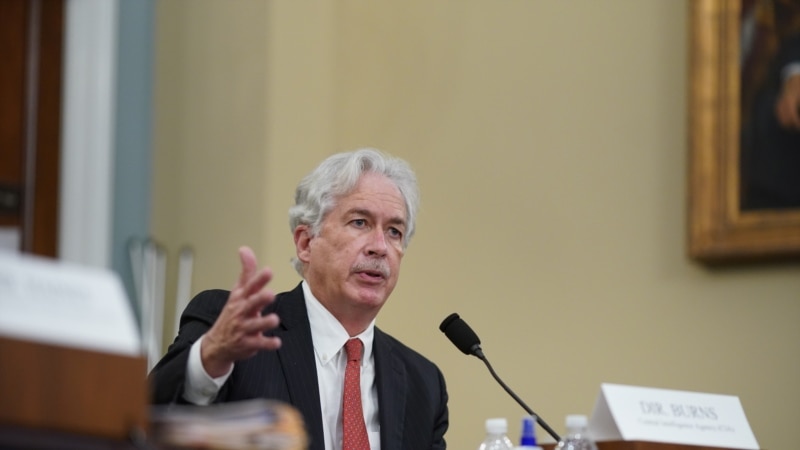 It was reported that the director of the US Central Intelligence Agency (CIA), William Burns, met with his Russian counterpart in Ankara. The purpose of the meeting is to convey information about the consequences of Russia’s use of nuclear weapons, said a White House official who spoke with Reuters. The Kremlin also confirmed that the meeting took place in Ankara.

On condition of anonymity, a White House spokesman said of the CIA director’s contacts: “He’s not negotiating. He is not negotiating a settlement of the war in Ukraine,” he said.

According to information obtained by VOA Turkish, the meeting was organized at the National Intelligence Organization (MIT) campus in Ankara-Baglica.

It was stated that the meeting would not continue tomorrow and no information was given as to whether there would be a second meeting at a later date. There has been no official statement from the US embassy or Turkish authorities.

The White House spokesman said that the agenda of the meeting will also include the issue of the situation of Americans imprisoned in Russia.

U.S. President Joe Biden said in a statement this month that he hopes Russian President Vladimir Putin will be prepared to seriously consider a prisoner swap to secure the release of basketball player Brittney Griner, who was sentenced to nine years in prison for drug charges in Russia.

Former US soldier Paul Whelan was also sentenced to 16 years in Russia in 2020 for espionage. Whelan denied the allegations against him.

A possible prisoner exchange with Russia mentions the name of Russian arms dealer Viktor Bout, who is in prison in the United States.

The first “Kommsersant” announced the meeting

The contact between US and Russian officials in Turkey was first reported by the Russian newspaper Kommersant.

An unnamed source in the message said that the head of the Foreign Intelligence Service of Russia SVR Sergey Naryshkin would take part in the talks.

Relations between Washington and Moscow deteriorated after Russia’s invasion of Ukraine in February. Russian President Vladimir Putin’s threat to use nuclear weapons in Ukraine has heightened fears of an escalation.

Noting that Ukraine had been briefed on CIA Director Burns’s visit, a White House spokesman said: “It was very clear to us that we have channels to communicate with Russia, especially regarding nuclear risk management and strategic stability.”

“We remain true to our fundamental principle. Without Ukraine, no decision will be made regarding Ukraine,” he said.

Russian President Putin said that in the event of an attack, Russia would defend its territory with all the means at its disposal, including nuclear weapons.

In late 2021, former U.S. ambassador to Russia William Burns traveled to Moscow and relayed the Biden administration’s warning to increase its military presence around Ukraine.

Reports surfaced this month that US National Security Adviser Jake Sullivan was in secret talks with top Russian officials to reduce the risk of a wider war against Ukraine.

The US State Department noted that the two sides are expected to meet recently to discuss the resumption of inspections under the New START agreement aimed at reducing nuclear weapons, which was suspended after the Russian invasion.

The news of a meeting between Russian and American officials in Ankara coincided with the Ukrainian takeover of the southern city of Kherson.

Kherson is the largest city captured by Ukrainian troops after the withdrawal of Russian troops from the area.

Turkey is demonstrating its readiness to play the role of an intermediary between Moscow and Western countries after Russia’s invasion of Ukraine.

One such example was the agreement signed in July on Black Sea grain with Ukraine and Russia under the auspices of the UN and Turkey.

Most news about violence against children in Latin America. Last Minute ...

The majority of Americans want Supreme Court reform, and here’s how it ...