China is approaching the peak of the COVID-19 outbreak. Last Minute WORLD headlines and events 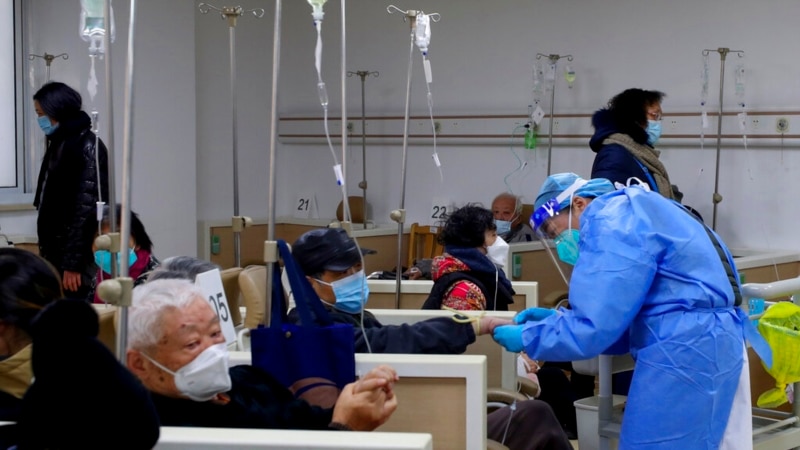 A senior Chinese epidemiologist said they expect the peak point to be reached within 2-3 months as the COVID-19 epidemic in China accelerates. The same official said that in the near future, the epidemic will begin to spread rapidly in rural areas.

It is estimated that the epidemic will spread rapidly in rural areas, especially as millions of people travel to their cities due to the Chinese New Year holidays starting on January 21. This holiday period is known as the period when most people in the world travel and change places at the same time.

After intense protests last month, China made a sudden decision to ease the country’s extremely strict COVID-19 measures. Finally, last Sunday the country opened its borders to other countries.

With the abrupt lifting of restrictions, the peak of cases in many regions of the country, home to 1 billion 400 million people, has passed its peak, according to Chinese state media.

However, Zeng Guang, former director of the China Center for Infectious Disease Control and Prevention, believes the epidemic has not yet reached its worst.

Zeng says the focus so far has been on the big cities, but now it’s time to focus on the countryside.

Zeng said the poor, especially the elderly, are facing the epidemic, especially in some rural areas of the country where medical services are also limited.

The World Health Organization has also warned that the spread of the epidemic will accelerate, especially due to travel.

The World Health Organization also points out that China has underreported deaths from COVID-19, although there is now more information sharing than before.

On the other hand, Chinese Foreign Minister Wu Xi said, “Since the beginning of the epidemic, China has been responsible and has been openly and transparently sharing all information with the international community.”

Chinese virologists have said that XBB.1.5, which has been declared by the World Health Organization as the most rapidly transmitted sub-variant of Omicron, has been found in the country. This variant quickly spread in December, especially in the US.

Health officials in China have reported only a handful of deaths this week despite queues and large crowds at funerals and hospitals, and they have not reported any deaths since Monday this week.

While international experts say they estimate 1 million people died last year, China has announced that only 5,000 people have died since the outbreak began.

Due to concerns that China is not being transparent about the number of cases and deaths it has announced, many countries are requesting negative COVID-19 test results from people arriving from China.

China has kept its borders closed to foreigners for 3 years since the start of the epidemic and has made testing mandatory for all visitors.

But now China is blaming countries that impose tests on those who leave its home country, arguing that it is “unreasonable, unreasonable and unscientific.”

Finally, China has had friction with South Korea and Japan, which have decided to restrict short-stay visas for their citizens. Both countries, on the one hand, have imposed restrictions on flights from China to their countries and the number of travelers, while quarantine those who test positive.

After intense protests for the lifting of epidemic restrictions in the country, life in many places of the country returned to normal with the decision to ease restrictions. With the normalization of life, especially in large cities, a gradual revival of economic activity began to be observed.

It is alleged that with the opening of its borders, about 490 thousand people began to travel abroad daily. However, at this stage, this corresponds to a figure of only 26 percent compared to the pre-pandemic period.

Although he is seen to be supporting global financial markets with the opening of China, he is also concerned that this will create inflationary pressure. However, China’s trade data released on Friday shows that the recovery will not be as fast as expected.

While China is projected to grow by just 2.8 percent in 2022, the Reuters survey notes that if it does, it would be the lowest growth since 1976. It is said that despite the opening of China, growth this year will be about 5 percent, well below pre-epidemic levels.