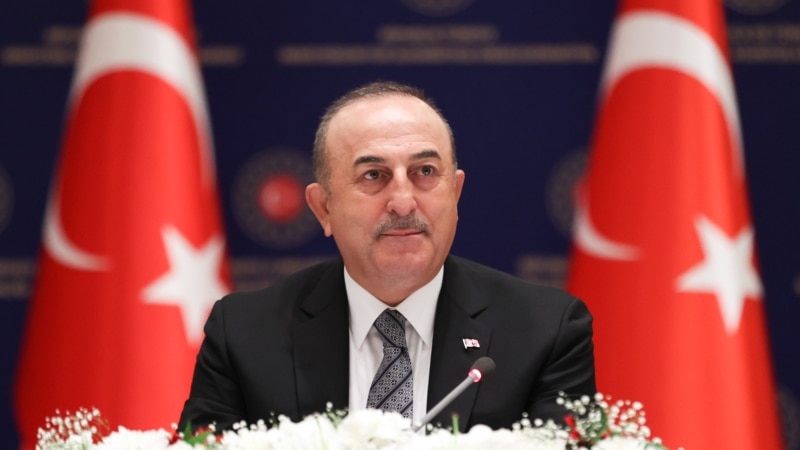 Foreign Minister Mevlut Cavusoglu denied Arab media claims that he “met with Syrian President Bashar al-Assad” and stated that “not a single minister has met with Assad.”

Cavusoglu made foreign policy statements at the 2022 assessment meeting held in Ankara.

Regarding the visit to Moscow yesterday by Minister of National Defense Hulusi Akar and head of the National Intelligence Organization (MIT) Hakan Fidan, Cavusoglu said: “As you know, Hulusi Pasha and Hakan Bey were in Moscow yesterday. I was with Lavrov. (Minister of Foreign Affairs of Russia Sergey). See you,” he said.

Stating that the meeting in Moscow is important for agreeing on a road map, Cavusoglu said that there is no specific date yet for a possible summit between the leaders of Turkey, Syria and Russia.

Noting that Syria’s wishes would be clear in the upcoming talks, Cavusoglu said, “Negotiations with Syria do not interfere with our fight against terrorism.”

The Ministry of National Defense announced yesterday that the defense ministers of Turkey, Russia and Syria have met in Moscow, Russia’s capital.

At the meeting, Minister Cavusoglu was also asked about the allegations that “he met with Assad 10 days ago in Latakia” that appeared in the Arab press today. Cavusoglu stated that “not a single minister has met with Assad.”

Noting that normalization and mediation have two important themes this year, Cavusoglu said, “We have made significant progress with the Emirates and Saudi Arabia as part of our normalization efforts. We have appointed ambassadors on a reciprocal basis with Israel. progressing, albeit slowly. Russia in mediation “We have also been active outside of Ukraine. We have made efforts throughout the year in cases such as Bosnia-Herzegovina, Kosovo-Serbia, Kyrgyzstan-Tajikistan, Ethiopia, Somalia-Somaliland, Venezuela and the Philippines.”

Stating that the Foreign Ministry table provided the necessary support for the fight of the security forces on the ground with the operation “Claw-sword” after the terrorist attack in Istanbul, Cavusoglu noted that in this context, contacts with the UN, the United States, Russia, Iraq and the Assad regime are ongoing.

“Not 12, we will not allow land waters to expand even 1 mile into the Aegean”

Regarding the recent news in the Greek press that the territorial waters will be increased to 12 miles, especially around Crete, Cavusoglu said: “Not 12, we do not allow the expansion of territorial waters even by 1 mile in the Aegean. The decision taken by our Assembly in 1995 is clear and still relevant. Greece”. We warn you again: don’t go for false heroism by trusting that they are trying to get your back. Don’t go on an adventure. It won’t end well for you!” he said.

Cavusoglu stated that despite differences in relations with the US, such as the support given to the PKK-PYD-YPG in Syria, sanctions against FETO and CAATSA (Countering America’s Adversaries Through Sanctions Act) and the efforts of the anti-Turkish lobbies, they have moved forward in 2022 . He said they implemented .

Mevlut Cavusoglu added that as a result of the F-16 supply initiatives, Congress lifted the restrictive conditions and that the process is now moving positively.

News article “The war in Ukraine has reached a dead end.” ...

European airlines increase the number of flights to China – WORLD