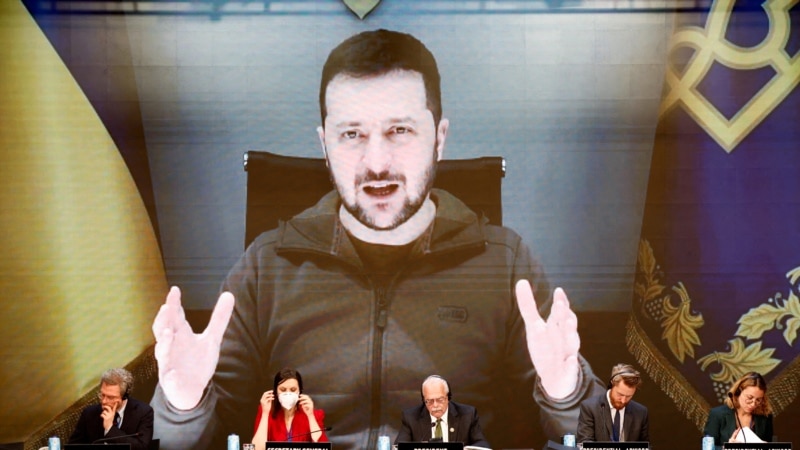 Ukrainian President Volodymyr Zelensky called on the UN Security Council to take action and respond harshly to Russia due to airstrikes on civilian infrastructure.

Yesterday, Russia fired several rockets into Ukraine, killing 10 people, shutting down nuclear power plants and cutting off water and electricity in many places.

Speaking at a meeting of the UN Security Council via videoconference, Zelensky said: “In just one day, 70 missiles fell. This is the Russian formula of terror. The attacks target our energy infrastructure. Hospitals, schools, transport and residential areas were damaged.”

Zelensky also said in his speech that he expects a “very tough reaction” from the world to airstrikes on Russia.

“Russia uses winter as a weapon”

Since Russia is a veto member, the UN Security Council is expected to take no action in response to this call.

US Ambassador to the UN Linda Thomas-Greenfield also said in her speech at the council that Russian President Vladimir Putin “openly used winter as a weapon to inflict great suffering on the Ukrainian people.”

Thomas-Greenfield added that Putin “is trying to subdue the country by freezing it.”

Russia’s permanent representative to the UN, Vasily Nebenzya, said that Zelensky’s participation in the meeting via video link was contrary to the council’s rules.

Nebenzya said she “rejects the reckless threats and ultimatums of Ukraine and its supporters in the West.”

He claimed that the damage to Ukraine’s infrastructure was caused by missiles fired by Ukrainian air defense systems. In his speech, the Russian plenipotentiary also called on the West to stop deliveries of air defense missiles to Kyiv.

The Kyiv governor, for his part, noted that in the Kyiv region, where more than 3 million people live, power and water cuts continue. The press reflects that people are having difficulty leading their daily lives due to layoffs in Kyiv, which is minus 3 degrees.

Moscow says the aim of the missile strikes is to weaken Ukraine’s combat capability and force it into negotiations. Kyiv, on the other hand, says attacks on infrastructure are war crimes and are deliberately aimed at harming civilians and breaking the national will.

Emirates A380 welcomes thousands of visitors at Bahrain Airshow – WORLD