Burial of an ecologist: what is human fertilization? 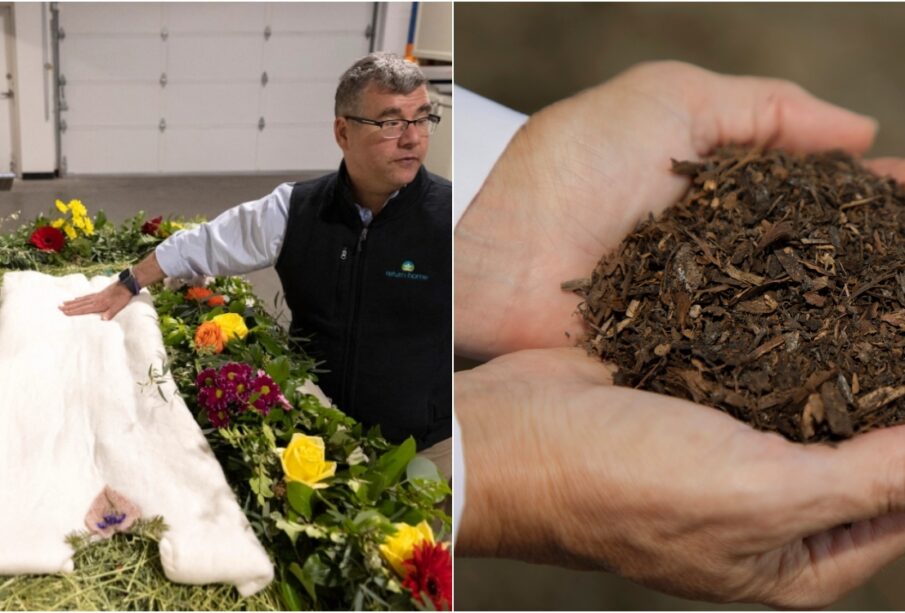 One of the most important threats facing our planet is the climate crisis. However, the fight against this threat is also sometimes accompanied by extraordinary practices. Human composting, also referred to as “green burial”, is becoming more common in the United States. The process, which is currently in use in states such as Colorado, Oregon, and Vermoni, has finally become legal in the state of California. Proponents of human composting say the practice will help reduce the carbon footprint of burials. Thus, it is stated that an important step has been taken in the fight against the climate crisis. However, there are those who oppose the practice for various religious and moral reasons. Let’s look at the details together…

In the human composting process, a corpse is placed in a steel container filled with biodegradable substances.

The corpse completely dissolves in 30-45 days. At this time, the state of the corpse is monitored with the help of technology. In addition, some processes are carried out for biodegradation. Thus, the corpse turns into nutrient-rich soil. The resulting land at the end of the process is transferred to the relatives of the deceased or is used as part of environmental activities with the consent of the family.

Supporters of the practice, which has become legal in the U.S. state of California, argue that human composting is much more environmentally friendly than traditional burial methods.

For example, burning corpses releases carbon into the atmosphere. The traditional burial process uses coffins and chemicals that cannot be dissolved in nature. For these reasons, the disposal methods that have been widely used so far cause environmental pollution. Congresswoman Cristina Garcia, who drafted the California bill, says House Bill 351 will offer Californians an environmentally friendly alternative.

There are those who oppose human composting.

Some religious groups in particular are of the opinion that human composting is not morally correct. The California Catholic Conference said in a statement that this process will cause a spiritual, emotional and psychological distance from the deceased.

The question of how to distribute the human remains turned into nutrient-rich soil is also a matter of controversy.

The California Catholic Conference warns that if relics are used in public, there is a risk of people unknowingly stepping on them. In addition, it is stated that the accumulation of various human remains in one area will not differ in any way from “mass graves”. However, a law passed in the state of California guarantees that different groups of relics will not be combined into a single piece of land without the consent of the family. On the other hand, other states that have laws prohibit the sale of composted human remains or their use to grow food for human consumption.

Positive revision of forecasts for China from Goldman Sachs – WORLD