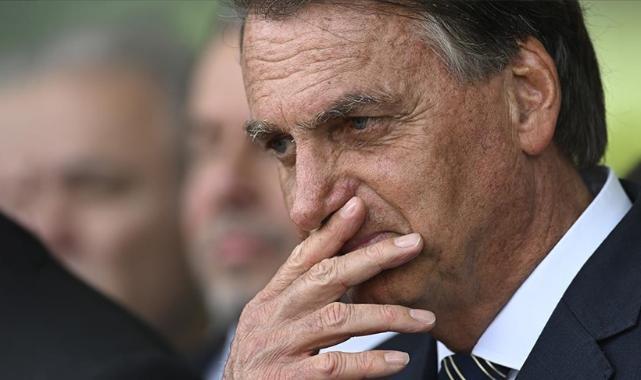 Bolsonaro: investigation launchedBolsonaro is under investigation for his involvement in a raid on a congress in Brazil.Brazil’s Supreme Court has ordered an investigation into former President Jair Bolsonaro for allegedly “inciting” a Congressional raid.

According to reports in the local press, the Attorney General’s office announced that an investigation had been opened against Bolsonaro on the grounds that he had a stake in the raid on Congress and other government buildings. “There is no doubt that there is an evidential link between the facts contained in this petition and the purpose of the wider investigation. Thus, it justifies a global investigation, given the defendant’s practice before and after January 8, 2023.” shared his opinion.

In the second round of the presidential elections held in Brazil on October 30, 2022, left-wing Luiz Inácio Lula da Silva received 50.9% and far-right Bolsonaro 49.1%. After the election results were announced, Bolsonaro’s supporters first blocked the country’s highway for several days. Thereafter, he called on the armed forces to intervene against Lula’s accession to the presidency in the demonstrations they held in front of army headquarters. With the same demand, he held demonstrations near the military headquarters in the cities of Recife and Belen. supporters broke through the police barrier and entered the National Congress building on January 8, chanting slogans demanding the intervention of the army.The police, who used tear gas to disperse the protesters, were unable to prevent the groups from forcibly entering the Presidential Palace and the Supreme Court building.Bolsonaro supporters who stormed the National Congress, the Presidential Palace and the Supreme Court were removed from these buildings by security forces and secured. Congress and other state buildings reached 18:00. Former state that won the second round of presidential elections. Its president, Lula da Silva, was sworn in on January 1, 2023.