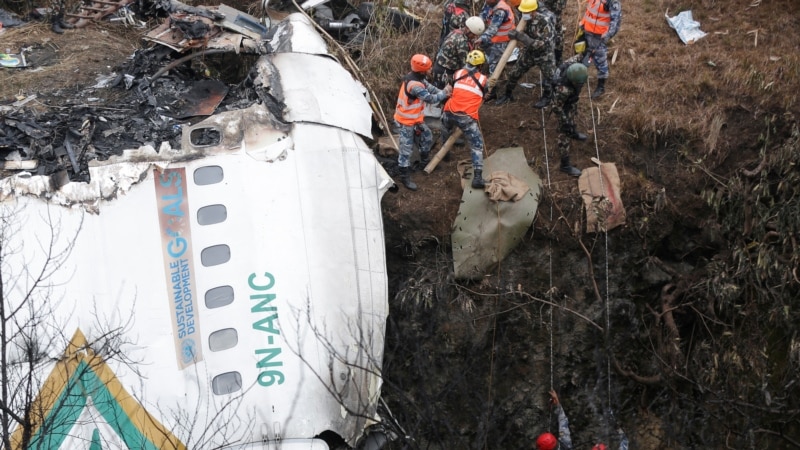 The black box of the plane that crashed in Nepal on Sunday, killing at least 70 people, has been found. The accident was recognized as the deadliest air crash in the history of the country over the past 30 years.

Experts hope to understand why Yeti Airlines’ twin-engine ATR 72 crashed as it was about to land thanks to black box data. The plane crashed while landing in the Nepalese city of Pokhara. Authorities say the pilots did not report any negative situation in conversations with the tower prior to the accident.

On the other hand, the work of search and rescue teams continues. Finally, it was announced that the death toll had risen to 70 after two bodies were found yesterday.
The Nepalese government has launched an investigation into the accident. The plane made a total of 30-minute flight from Kathmandu to Pokhara. It is known that in total there were 68 passengers and 8 crew members on the plane.

It was announced that 15 of those who died in the accident were foreign nationals. Among the dead were 5 citizens of India, 4 Russians, 2 South Koreans, an Argentinean, an Austrian, an Iranian and a passenger from France.

European Union countries banned flights from Nepal to EU countries in 2013 due to aviation security concerns.