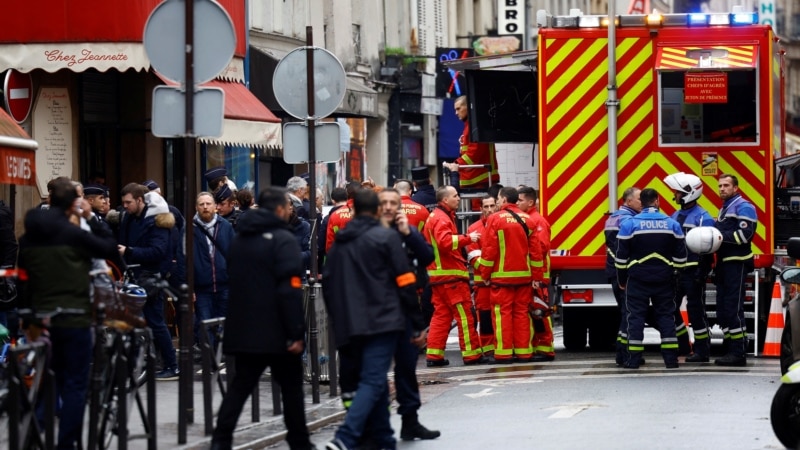 The suspect who killed three people in an armed attack in Paris, the French capital, said in a statement to prosecutors last week that he was a “xenophobe”. The suspect, who was again detained yesterday from the psychiatric hospital where he was held, will face trial today.

Paris prosecutors said the 69-year-old suspect described his “hatred of foreigners” in his statement.

Prosecutor Laura Becco said in a statement that the suspect said during interrogation that the robbery of his home in 2016 “provoked a xenophobia that became completely pathological.”

Saying that the suspect, who was transferred to a psychiatric clinic on Saturday, was taken out yesterday afternoon and taken back into custody, prosecutors said the suspect would face trial today.

“No signs of extremism were found in the suspect’s house”

Prosecutors said in a statement on Saturday that the incident had racist overtones.

The statement said the suspect described himself as “depressed and suicidal” in a previous interrogation and said he planned to kill himself with the last bullet after the attack.

Saying that a search of the house where the suspect’s family lived found no signs of extremism, prosecutors said the suspect said he first looked for potential victims in the suburbs of Paris, but abandoned the plan.

The prosecutor had previously said the suspect was recently released while awaiting trial for an armed attack on a migrant camp in Paris a year ago.

Kurdish officials have called for Friday’s armed attack to be recognized as a “terrorist act”. Although the incident sparked protests, clashes broke out between Parisian police and protesters.

Two men and a woman were killed in an attack on a Kurdish cultural center and a nearby cafe in the 10th arrondissement of Paris on Friday. While one of the 3 victims was discharged from the hospital, the hospital continues treatment of 2 more people, whose life is not in danger.

Meanwhile, AKP Vice Chairman and Spokesman Omer Celik issued a statement yesterday regarding the incident in Paris. Expressing his condemnation of the racist attacks, Celik said that France should not patronize terrorist organizations. Celik said:

“Of course, there is another side of the event. This is it; Immediately after these events, France needs to carefully consider the picture that supporters of the terrorist organization PKK have revealed by taking to the streets, attacking the police, setting fire to cars and robbing shops in a way that disrupts public order in France. We’ve been saying for a long time, “When you protect the members of this PKK terrorist organization, they will eventually create a picture that will come back to you and hurt you when they get stronger.” It needs to be very well appreciated.”