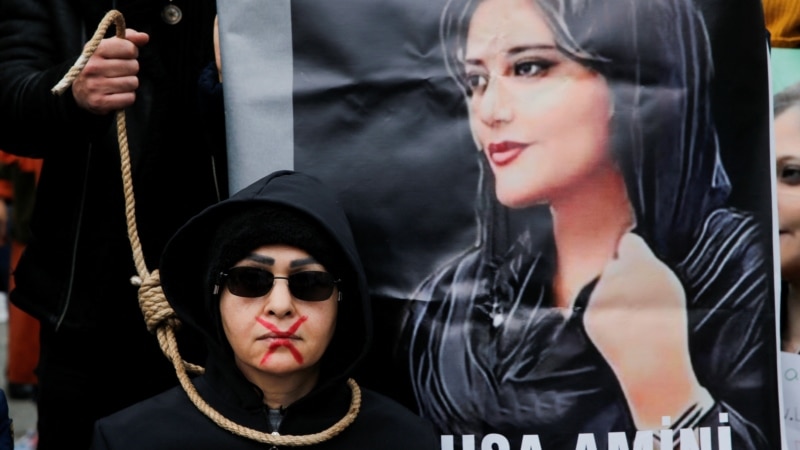 Iran has announced another death sentence to be carried out in connection with anti-government protests that have swept the country.

Majid Reza Rahnaward, 23, was hanged “in front of the public” in the city of Mashhad today, according to the Mizan judicial news agency.

Mizan said in a statement: “Majid Reza Rahnaward was hanged this morning in front of the public in the holy Shiite city of Mashhad. He was sentenced to death for “waging war against God” after he stabbed to death two members of the security forces.”

Activist news account 1500Tasvir also shared on social media, “They called Rachnavard’s family at 7:00 am and told them to go to the Behesht-e Reza cemetery. They said, “We have executed and buried your child.”

Last week, the first death sentence related to protests in Iran was carried out. Muhsin Shekari, convicted of stabbing a security guard and blocking a street in Tehran, has been hanged.

Nationwide protests, now in their third month, erupted after a 22-year-old Iranian Kurdish woman, Mahsa Amini, died on September 16 in the custody of the vice police, who imposed a strict dress code.

Human rights organizations warn that “protesters in Iran are being sentenced to death in bogus trials without a fair trial.”

Mahmoud Amiri-Moghaddam, director of an Iranian human rights organization headquartered in Norway, tweeted: “After an unfair trial and a show trial, Rahnavard was sentenced to death on the basis of forced confessions. death sentences were handed down. There is a serious risk that he will be shot en masse,” he wrote.

Women-led protests against Iran’s religious institutions began with the death in custody of 22-year-old Mahsa Amini, who was detained by vice police on September 13 for allegedly “inappropriate” wearing of the hijab.

Demonstrations are taking place in 161 out of 31 provinces and are seen as one of the biggest threats to the Islamic Republic of Iran since the 1979 revolution.

Iranian leaders are calling the protests “riots” provoked by the country’s external enemies.

According to the Human Rights Defenders News Agency (HRANA), at least 488 protesters were killed by security forces and 18,259 people were detained.