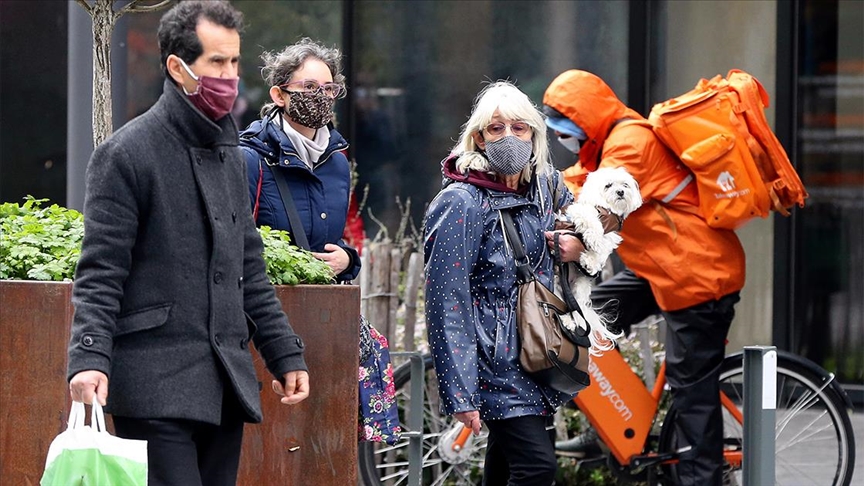 It was reported that the necessary conditions were met for the official declaration of an influenza epidemic in Belgium.

The Belgian National Institute of Public Health (Sciensano) said that there has been a rapid increase in the incidence of influenza, as seen in laboratory tests and hospitalizations, as well as in the results of medical examinations.

In addition to influenza (flu) and bronchitis viruses, other viruses that cause coronavirus and respiratory diseases are common among the population, the institute said.

Sciensano spokesman Stephen Van Gucht, who is advising the Belgian government on the fight against the Covid-19 epidemic, said: “We have started to see as many flu cases in our hospitals as Covid-19 cases. It is very likely that those with the flu were hospitalized. outnumber the number of Covid-19 cases. used the phrase.

Van Gucht advised everyone to wash their hands thoroughly, wear masks in crowded places, stay home when sick, ventilate enclosed spaces and get a flu shot if possible.

Before Belgium, an official influenza epidemic was announced in Germany and Slovakia.

The burden on hospitals has increased

The strain on hospitals was reported to have increased as cases of influenza and respiratory syncytial virus (RSV) were added to the country’s COVID-19 cases.

It was stated that the admission of patients to some hospitals has slowed down due to the fact that a large number of health workers fell ill with such diseases.

It was announced that many employees of UZ Leuven, the hospital of the University of Leuven, one of the largest universities in Belgium, fell ill, so non-emergency hospitalization of patients was postponed.

The chief physician of the hospital, Geert Van Asche, said that after the Christmas holidays, many elderly people, especially the elderly, began to come to the hospital with complaints of respiratory tract infections.

“We are expecting a heavy flu season.” Van Asch said that this situation, combined with a shortage of staff, has put a lot of strain on hospitals.

News of the ‘cough and cold medicine shortage’ warning in the UK. ...