Akar’s response news about the strike on the US observation point. Last Minute WORLD headlines and events 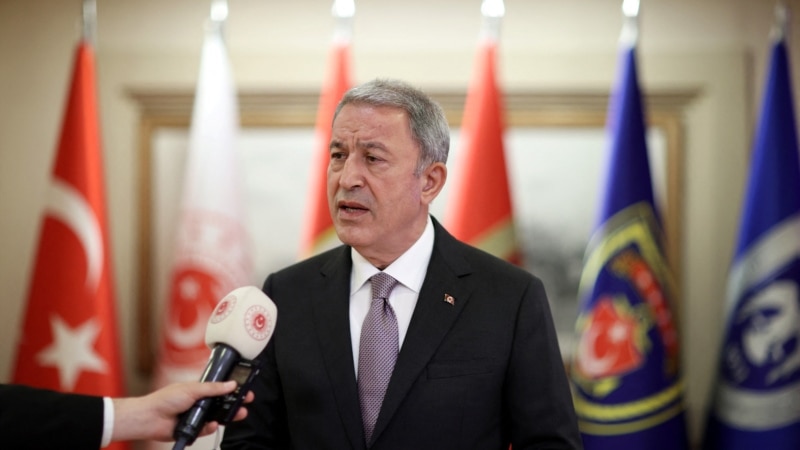 Regarding the claim that the Turkish military “hit a US observation post” in northern Syria, National Defense Minister Hulusi Akar said, “We cannot harm coalition forces or civilians.”

Akar answered reporters’ questions as he left the AKP headquarters after a meeting of the AKP Central Administrative and Administrative Council (MKYK) chaired by AKP President and Chairman Recep Tayyip Erdogan.

The Ministry of National Defense shared Akar’s statements this morning.

Asked about the latest situation with Operation Claw Sword, Akar said: “We have done and will continue to do everything possible to end terrorism, ensure the security of our country, our people and our borders.”

Stating that Operation Sword Claw is continuing successfully, Akar said: “The operation continues with punitive shots fired from air and ground fire support vehicles. “To date, 326 terrorists have been neutralized during the operation,” he said.

Asked about the allegation that the Turkish military “hit a US observation post” in northern Syria, Minister Akar replied:

“For us, there is no question of harming coalition forces or civilians. We have only one target, and that is the terrorists. Wherever the terrorist is, that’s our target. .”

When the journalist said, “When will there be a leadership-level meeting in Syria,” Akar said, “There are many events, small and big, big and small.

Yesterday Akar met with US Ambassador to Ankara Jeff Flake.

The Pentagon and the US State Department have said that Turkish-led air operations directly threaten the safety of US personnel in Syria.