According to a review by the World Economic Forum, a global recession is possible this year. Last Minute GERMANY, Russia headlines and events 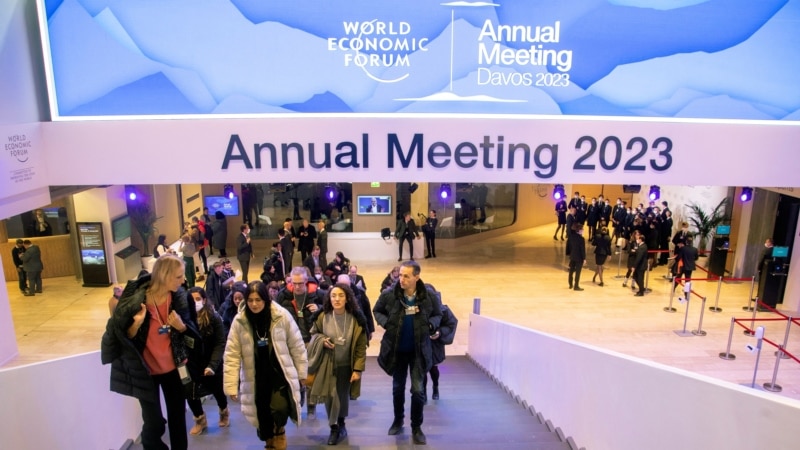 Two-thirds of top private and public sector economists polled by the World Economic Forum said they expect a global recession in 2023.

“The current environment of high inflation, slow growth, high debt and fragmentation reduces incentives for the investment needed to resume growth and improve the lives of the world’s most vulnerable people,” said Saadia Zahidi, director of the World Economic Forum.

Leading economists from international organizations such as the International Monetary Fund (IMF), investment banks, multinational companies and insurance groups participated in the survey.

The results of the World Economic Forum survey were released after the World Bank cut its 2023 growth forecasts to recession levels for many countries last week as central banks raised interest rates, Russia’s war in Ukraine continued and the world’s main economic engines faltered. .

The survey revealed wide regional differences in inflation rates. Inflation is projected to be 5 percent in China in 2023 and 57 percent in Europe, where the impact of last year’s energy price crisis has spread across the economy.

The vast majority of economists predict further tightening of monetary policy in Europe and America.

Global economic downturn; While this carries the risk of hitting investment in many areas, from education to health care, from poverty alleviation to the climate, some believe that this slowdown will lead to lower inflation and means that the US Federal Reserve System (Fed) and other central banks will avoid future interest rate hikes.

Some say the rich are more likely to escape the worst of the recession, but middle-income groups will feel the recession more acutely.

Nine out of 10 respondents to the World Economic Forum survey said weak demand and high borrowing costs would hurt firms. According to 60 percent of participants, entry costs will increase.

These problems are expected to force multinational companies to cut costs. These companies can resort to a variety of ways, from cutting operating costs to laying off staff.

On the other hand, supply chain disruptions in 2023 are not expected to create a major burden on business activity. On the other hand, according to the survey, the cost-of-living crisis may be approaching its peak. 68 percent of participants said they expected this crisis to subside by the end of 2023.

Unity step in Ukraine from Europe and NATO in Davos

As concerns grow in Ukraine about a possible new wave of Russian aggression through Belarus, Kyiv’s Western allies are seeking to forge a broader unity of Ukraine at the World Economic Forum in Davos, Switzerland, which brings together political and business leaders. Russia’s absence from this year’s World Economic Forum meetings has not gone unnoticed.

The meetings of the World Economic Forum, held in Davos, one of Switzerland’s ski resorts, were once the place where Moscow’s influencers negotiated agreements. But investment meetings with flamboyant parties, Russian politicians, corporate executives and scientists after the Russian invasion of Ukraine are a thing of the past.

Ukraine’s closest allies from the Baltics, Northern and Eastern Europe will discuss with the leaders of the European Union and NATO this Friday the American issue of providing Ukraine with modern weapons at the Ramstein airbase in Germany.

On the other hand, the start of today’s joint Russian-Belarusian air exercises heightened fears that Kyiv and the West could use Moscow’s close ally, Belarus, for a new ground offensive against Ukraine.

“I’m going to Davos, where I was invited to speak from Lithuania. Lithuania is a very good friend of Ukraine, so you know what I’m going to say,” Lithuanian Foreign Minister Gabrielius Landsbergis wrote on Twitter, adding the hashtag. #ArmUkraineNow (ArmUkraine Now) shared it.

Of the G7 countries, only German Chancellor Olaf Scholz will speak to the participants. There is more and more pressure on Germany to supply Ukraine with modern Leopard battle tanks.

“The absence of major powers at the World Economic Forum means that the area remains with medium and small countries that want to speak out and be heard in an environment where Russia is showing aggression,” the European diplomat said.

Ukraine, which marked the last major meeting of the World Economic Forum in May, this time sent a delegation of senior officials to Davos. This delegation is expected to focus on laying the building blocks for the country’s future reconstruction.

President of Ukraine Volodymyr Zelensky after meeting with the CEO of the world’s largest investment fund BlackRock Larry Fink at the end of last year said that companies are ready to invest in the process of Ukraine’s recovery and the foundations for this will be laid in Davos.

In December, Zelensky said that “the position and expectations of Ukraine will be presented there.”

The Ukrainian House, located on the main street of Davos, is hosting an exhibition showing the destruction of the city of Kherson, liberated by Ukrainian troops from Russian occupation.

For the World Economic Forum, a forum created to promote peace and economic integration, achieving this goal and maintaining neutrality can be a difficult task. It is noteworthy that there was not a single Russian participant in the panel along the path that Russia is following within the framework of the forum.

“We are in a good position in the approval process in Turkey.” ...

The US Army has begun extensive training of Ukrainian forces in Germany. ...