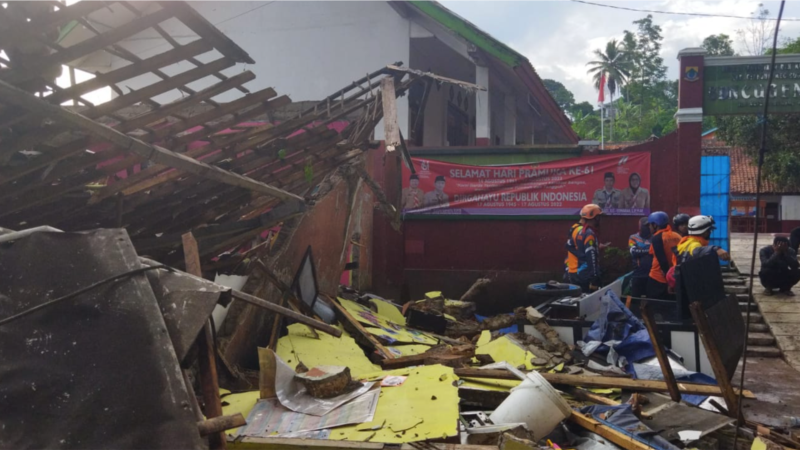 More than 50 people have died and hundreds have been injured as a result of a 5.6 magnitude earthquake that struck the Indonesian province of West Java today.

Rescuers are trying to reach those trapped under the rubble as the tremors continue.

West Java Governor Ridwan Kamil confirmed that 56 people have died in the earthquake, which has its epicenter in the city of Chianjur, about 75 kilometers southeast of the capital Jakarta.

Saying that many buildings have collapsed and been destroyed, Kamil told reporters, “In deserted areas, there are people stuck in a predicament. Therefore, we assume that the number of injured and dead will increase over time.”

Indonesia is located at the center of the Pacific Ring of Fire, an extremely seismically active region where different plates of the earth’s crust come together, causing many earthquakes and volcanic eruptions.

The National Disaster Management Service (BNPB) said 23 people may still be trapped under the rubble of collapsed buildings. BNPB spokesman Abdul Muhari said more than 1,770 houses were damaged and around 3,900 people were displaced in Chianjur.

The head of the administration of Chianjur, German Suherman, said that the electricity was cut off, which disrupted communications. Sucherman noted that residents of the Kugenang area could not be evacuated due to a landslide blocking access.

Footage released by the Metro TV news channel shows hundreds of people being treated in a hospital parking lot, with some buildings in Chanjur almost completely destroyed, and agitated residents gathering outside.

Other TV channels showed the wounded, who were intravenously injected with serum and treated right on the pavement.

Officials from the Office of Meteorology and Geophysics (BMKG) continue to work to determine the exact extent of the damage caused by the earthquake, which occurred at a relatively shallow depth of 10 kilometers.

Noting that 25 aftershocks were recorded less than two hours after the quake, BMKG said it was concerned that more landslides could occur in the event of heavy rain.

In 2004, a 9.1 earthquake off the northern Indonesian island of Sumatra triggered a tsunami that hit 14 countries and killed at least 226,000 people along the Indian Ocean coast, more than half of them in Indonesia.