A caricature of the crisis between France and Iran. News headlines and events from Last Minute France 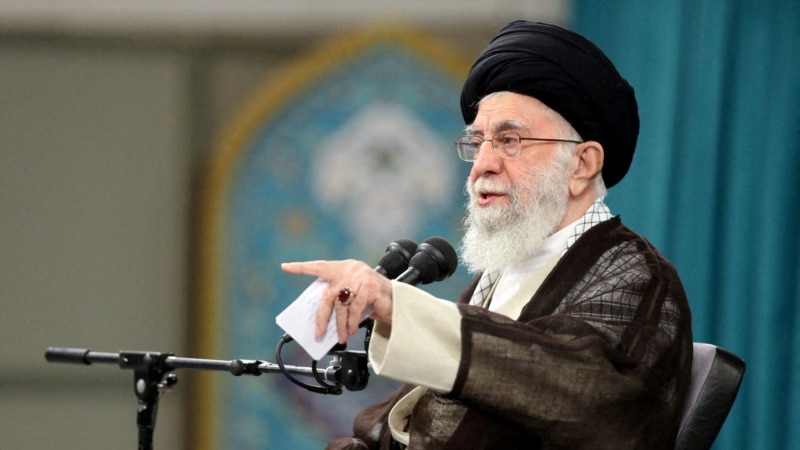 PARIS. The French critical humor magazine Charlie Hebdo published in its latest issue a cartoon of Iran’s Supreme Leader Ayatollah Ali Khamenei in support of the growing women’s movement in Iran, sparking a diplomatic crisis between France and Iran.

Warning France, the Iranian administration responded to the cartoons by shutting down French think tank Ifri in Tehran. France, on the other hand, replied: “We have a free press. Insulting religion (blasphemy) is also not a crime.”

Published by Hz. The French weekly cartoon magazine Charlie Hebdo, which has been the target of attacks after cartoons of Muhammad, attacked Iranian religious leader Ali Khamenei on the anniversary of the January 7, 2015 attack on the magazine.

Charlie Hebdo criticizes the government’s violent response to Iran’s unprecedented protest movement launched by Iranian women about four months ago and then supported by youth; In protest against the hanging of two Iranian youths who took part in the demonstrations and the killing of 400 Iranians in the demonstrations, an “international cartoon contest in support of Iranians fighting for their freedom” was launched in December.

The magazine published in its latest issue a selection of over 300 drawings under the heading “The Mullahs Return Where They Came From”, despite the many threats they received.

In addition to sexual cartoons depicting Iran’s top political and religious authority, Ali Khamenei and other mullahs, the magazine also includes cartoons denouncing the death penalty as a weapon to intimidate opponents of the regime.

A statement made on the Charlie Hebdo website said they wanted to support the growing Iranian resistance following the arrest of Iranian man Mahsa Amini by Iranian vice police on September 16, 2022 and his murder in custody.

“By ridiculing this religious leader from another era and sending him back to the dustbin of history, we wanted to support the struggle of Iranians fighting for their freedom,” the statement said.

“Our spiritual leader is sacred to Iran”

Immediately after the publication of the cartoons, the Iranian administration raised its voice and announced that it would take action against France.

Abdullahyan said: “France has no right to attack values ​​sacred to Muslim countries under the pretext of freedom of speech. Our spiritual leader is also sacred to Iran.”

In a press statement from the foreign ministry, the French government was accused of “inaction in the face of anti-Islamic speech and the spread of racial hatred on the air of the country” and demanded that those who spread such hatred be detained. responsible.

Emphasis on “insulting religion and freedom of the press” from France.

However, French Foreign Minister Catherine Colonna recalled that “insulting religion (blasphemy) is not a crime” in France, stating “Unlike Iran, there is freedom of the press in France.”

The French Foreign Ministry said that it has not yet received an official letter about the closure of IFRI, “but if it is confirmed, it will be a pity.”

Christophe Deloar, secretary general of Reporters Without Borders, also stressed freedom of the press and said they denounce Iran’s “unacceptable pressure and blackmail” on France.

The Iranian administration, which considered the cartoons “humiliating”, was the first to react to the publication of Ali Khamenei’s cartoons by announcing the closure of Iran’s French Institute of International Relations (IFRI), the country’s oldest French research center.

Le Figaro explained why Iran targeted the think tank by saying, “For Iranian IFRI officials, the think tank linked to the French foreign ministry is nothing more than a spy nest.”

Relations between Paris and Tehran deteriorated

Relations between France and Iran have been deteriorating day by day for two years now, including against the backdrop of a nuclear conflict.

Recent events are yet another sign of the deterioration in relations between Paris and Tehran, which began in 2018 when Donald Trump announced the US withdrawal from the Iranian nuclear program, which was agreed to three years ago.

Thierry Coville, researcher at the IRIS think tank, Thierry Coville, author of Iran: A Movement for Power, told Liberation: “Iran thinks the Europeans chose the US camp at the cost of violating international law. This is practice. This applies to Tehran and scares foreign companies. “The embargo and sanctions, which plunged into an economic crisis, gradually eliminated the most moderate leaders in Iran. Since then, the hardest wing of the Conservatives has taken over the entire system. The election of ultra-conservative President Ibrahim Reisi in August 2021 confirms this.”

Emmanuel Macron’s reception of four Iranian women at the Élysée Palace last November as a sign of “support for their revolution” also angered the Iranian administration. Macron’s actions led to the first call to the Foreign Office of France’s new ambassador, Nicolas Roche, known for advocating a “tough policy” on Iran.

Ambassador Nicolas Rocher was summoned to the State Department for the second time on Wednesday, just after the publication of Charlie Hebdo magazine.

To date, there are 7 Frenchmen in Iranian prisons, including teachers and researchers, and all of them are accused of espionage.

Hemshahri, one of Iran’s daily newspapers, published satirical cartoons of Emmanuel Macron in retaliation for the cartoons “insulting the Iranian authorities.”

In the US, inflation data will be on the agenda – WORLD