800 flights canceled due to strike 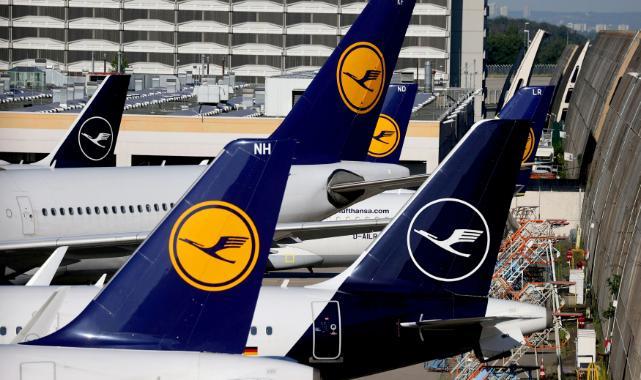 800 flights canceled due to strike German airline Lufthansa announced the cancellation of 800 flights due to the fact that the pilots’ union Vereinigung Cockpit (VC) called for a pilot strike tomorrow. Lufthansa said in a statement that the warning strike called by the Vereinigung Cockpit union for tomorrow had a big impact on the end of the summer holidays and that almost all flight schedules in Munich and Frankfurt were canceled tomorrow. The statement, which highlighted that some flights had been canceled today, said the cancellation of 800 flights would likely affect 134,000 people. It was stated that passengers affected by the cancellation would be informed and diverted to alternative flights where possible. Michael Niggemann, Lufthansa’s director of human resources, stated that they could not “absolutely” understand the call of the Vereinigung Cockpit Union in its assessment on the matter, and said: “Despite the lingering effects of the Covid-19 crisis and uncertainty about the global economy, the employer has made a very good and socially balanced offer.” used the phrase. 5.5% pay increase required The Vereinigung Cockpit has called for a strike following the collapse of talks to “improve wages” for pilots from Lufthansa, one of Europe’s biggest airlines. The shutdown will take place from 00:01 to 23:59 on September 2 and will affect pilots working in the cargo division of Lufthansa. As part of the mentioned strike initiative, VC is seeking to pass a regulation aimed at increasing the wages of Lufthansa pilots. The union is demanding a 5.5% wage increase this year, with wages automatically adjusted for inflation from next year. It is noteworthy that the German aviation industry, which has experienced a sharp recovery from the stagnation during the epidemic, is facing a shortage of personnel and strikes. Especially with the beginning of the summer holidays in the country, long queues formed at many airports due to a lack of staff.