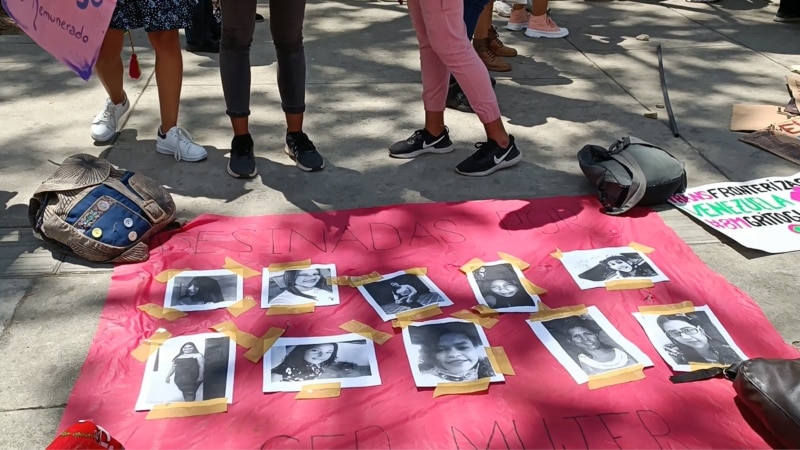 Every year, thousands of women and girls in Latin America and the Caribbean experience violence because of their gender. Psychological, economic, sexual and physical violence continues despite the efforts of women’s movements and non-governmental organizations to make the violence more visible and to make legal progress on this issue.

According to the United Nations Women’s Division, at least 12 femicides are reported every day; It also shows that violence against women has increased in regions experiencing socio-economic problems, humanitarian crises and armed conflicts.

Experts note that the high level of femicide in the region is directly related to more than 2.5 million murders committed over the past two decades, and that women are one of the most important victims of social violence.

Honduras with the highest murder rate

According to the United Nations Observatory for Gender Equality (OIG), the countries with the highest rate of murders of women are Honduras – 4.6 per 100,000 women; Dominican Republic from 2.7; El Salvador with 2.4 and Bolivia with 1.8.

In the Central American country of Honduras, 14 murders of women were committed in the last week of last month alone.

Women’s organizations in Honduras report that 83 percent of the victims were between the ages of 10 and 40, and most femicides were committed with firearms and while they were at home at night.

The countries with the most women killed in the region last year were Brazil (1,900 murders) and Mexico (1,015 murders).

“The number of violence and murders far exceeds the official figures”

Women’s organizations, on the other hand, point out that the real numbers are much higher, and that women killed or missing by men are not included in the official figures.

For example, in Mexico, where 1,015 femicides were reported last year, women’s movements claim that the number of femicides exceeds 4,000.

In addition, while 101 women were killed in Peru in the first 9 months of this year, the official figure is that more than 4,500 women are missing. Peruvian women’s organizations report that most women go missing after being killed.

Institutions and organizations fighting for equal opportunities with men say that mechanisms must be implemented to protect women from patriarchal violence, murderers must be punished, and the content of patriarchal culture and ideas about men must be reconsidered.

Women’s organizations of the countries of the region will organize various actions against violence against women for 16 days.

China will discover if there is water on the moon – WORLD

News of tensions between Iranian teams at the World Cup. Last ...